About the Nursing Informatics Workforce Salary and Benefits Report 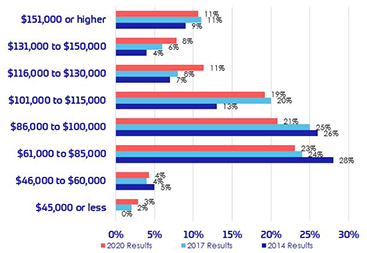 As expected, there was a positive relationship between salary and highest level of education. Nearly a quarter (24%) of respondents with doctorates or nurse practitioners reported making $151,000 or more compared with 12% of those with master’s degrees and 4% of those with bachelor’s degrees. The majority of nurse informaticists with bachelor’s degrees (32%) and ADNs/LPNs (48%) make between $61,000 and $85,000 per year.

Salary by Highest Level of Education 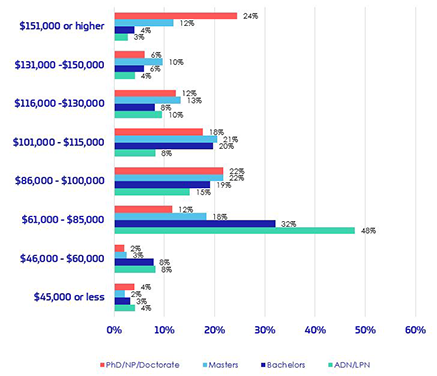 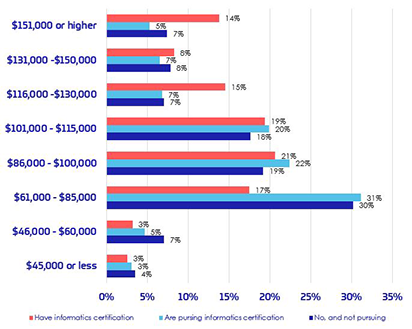 The survey also collected information on the benefits offered through nurse informaticists’ employers. Paid time off, a new option in the 2020 survey, was the most identified benefit, reported by 86% of respondents. Other top benefits included having the ability to save in a 401(k) or 403(b) for retirement (85%) followed by medical/dental insurance (82%) and life insurance (72%). These numbers are similar to, yet lower than, the 2017 results by a couple of percentage points each. In 2020, 32% of respondents reported that they received a bonus as compared with 34% in 2017. 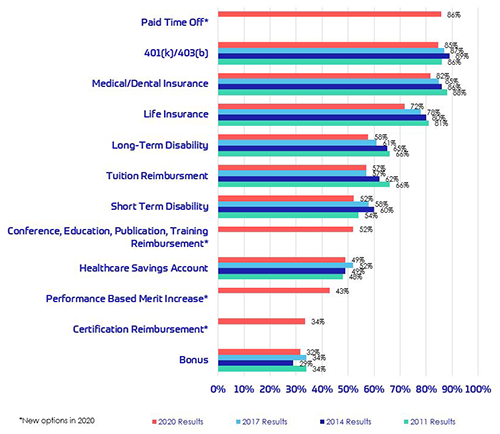 Year of the Nurse and the Midwife

The World Health Organization declared this the Year of the Nurse and the Midwife. Our Nursing Informatics Community and supporters are coming together to celebrate the tireless and inspiring work of nurses around the world, today, this year and beyond.