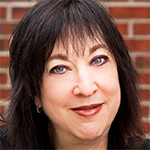 Title XIII – a lesser-known component of the American Recovery and Reinvestment Act (ARRA) – included the HITECH Act, which funded hospitals’ and physicians’ adoption of electronic health records systems (EHRs). The policy’s acronym fully spelled out was the Health Information Technology for Economic and Clinical Health Act of 2009.

With “Economy” embodied in the law’s name, a rationale for including HITECH in ARRA was, in part, to help stimulate the nation’s economy beyond the revenues of health IT companies many of whom, in the short-term, directly benefited from the law.

Some historical perspective is useful for context. At the time of the signing of HITECH, Medicare and healthcare costs were seen as a key driver of America’s long-term deficit spending at this low point in the national economy. One rationale for adopting digital health records was to be able to measure, and then better manage, healthcare outcomes and, eventually, spending.

Fast forward nine years later. America’s national health spending rose from $2.5 trillion in 2009 when HITECH was signed into law to $3.7 trillion, more than 18 percent of the U.S. GDP in 2018.

We cannot yet draw a straight line between the federal budget layout of $35 billion allocated toward EHR investment vis-à-vis direct economic benefits or reduction of health care costs. In fact, there’s lots of evidence that the adoption of EHRs, particularly in physicians’ office settings, has compromised workflow and exacerbated clinician burnout. These were, to be sure, unintended consequences of the public policy embodied in HITECH.

RELATED: From Devastation to Determination, One Advocate’s Mission to End Physician Burnout

But that doesn’t mean digital health can’t help stimulate economic development at local, regional, and national levels. There are green shoots in healthcare communities demonstrating that adopting a variety of digital health tools can boost economies.

Among the clearest economic development rationales for digital health is for expanding telehealth in rural America. This was the topic of a recent meet-up convened by the National Telecommunications Cooperative Association (NTCA) – The Rural Broadband Association, which discussed the economic returns of telemedicine. The quantifiable benefits of rural telehealth are transportation cost savings, lost wages savings, hospital cost savings and increased revenues to local labs and pharmacies, NTCA calculated. Beyond the quantifiable impacts are other positive impacts such as patients’ access to specialists, more timely service, provider satisfaction, and ultimately, improved patient outcomes.

Growing telehealth throughout the rural regions of the U.S. could help to alleviate the epidemic of hospital closures in these areas. A sobering analysis from Morgan Stanley found the most recent rash of hospital closures was impacting mostly rural institutions, serving large proportions of low-income people. Morgan Stanley estimated that this represents about 20 percent of U.S. hospitals. Consider the employment provided by these organizations and then the local businesses supported by employees in these hospitals.

The World Economic Forum (WEF) has long advocated that healthcare and a healthy citizenry tie to a nation’s economic health. As part of this objective and mission, WEF supported The Atlanta Heart Failure Pilot project, an example of how stakeholders in a region can come together, map out a collaborative strategy, adopt informatics standards, improve healthcare and drive economic benefits – and better health outcomes. Multiple healthcare systems joined forces with payers, pharma, patient advocates, medical device manufacturers and government agencies to implement a project to improve heart failure patients’ health in greater Atlanta. Here, we see organizations – many of them, competitors – coming together for the benefit of patient care, and for the area’s economic betterment. The effort was underpinned by health IT and a foundation of data, from clinical to social determinants.

A big learning emerges from the Atlanta project. America’s ability to leverage and derive a solid return on investment from its massive EHR and digital health investments that will drive economic development depends on the collective embrace of a healthcare ecosystem beyond one individual institution or healthcare industry segment. We must reach across our individual siloes, bubbles and objectives to remember that we are all, really, part of a public health mission. And that is, ultimately, to benefit the patient at the center of care and the community.

As a health economist, I hearken back to Adam Smith, one of the first in our field, who wrote, “What can be added to the happiness of a man who is in health, out of debt, and has a clear conscience?” At this moment in U.S. healthcare and history, where healthcare costs can bankrupt an American patient and health disparities abound between fellow citizens, truer words were never spoken.

The views and opinions expressed in this blog or by commenters are those of the author and do not necessarily reflect the official policy or position of HIMSS or its affiliates.

Join Us as We Reimagine Health Through Information and Technology

At HIMSS, our vision is to realize the full health potential of every human, everywhere. Be part of the community that’s transforming the global health ecosystem with courage, curiosity and determination.

Be part of what’s next for health